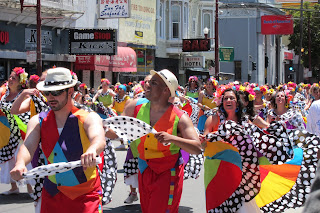 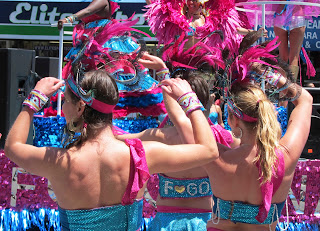 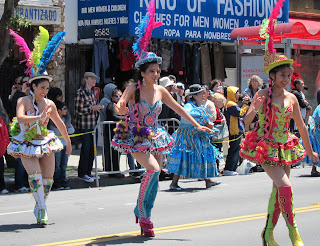 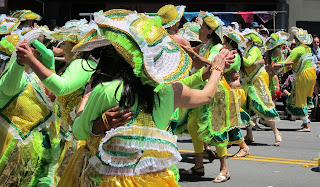 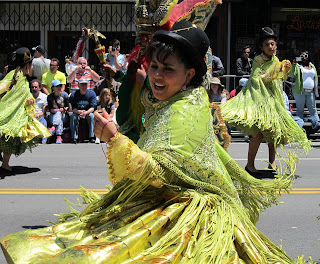 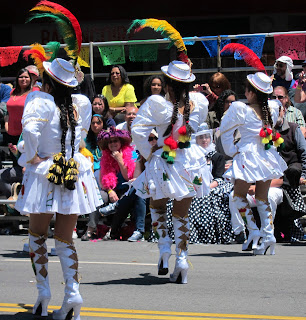 Mercado Plaza Open House
When: May 29, 2013 - Wednesday
6:00 p.m. to 7:30 p.m.
Where: The Women's Building, Room A, 3543 18th Street, San Francisco
What: Join the City of San Francisco for an open house to discuss the future of Bartlett Street.
Hosted by the San Francisco Planning Department Department of Public Works, MTA, the Rebar Group and MCM.  Improvements could include new pavement, safer sidewalks, market stalls, better lighting, street graphics, a marquee and more.
Information: Ilaria Salvadori - ilaria.salvadori@sfgov.org

Million Dog March
When: June 2, 2013 - Sunday
10:00 a.m. to 2:00 p.m.
Where: McLaren Park, San Francisco
What: Join SFDOG and the San Francisco Recreation and Park Department for the first-ever Million Dog March - fabulously large dog walk and festival of fun and games.
Break the Guinness World Record for largest dog walk. 3 mile walk
Show the size and passion of the Bay Area dog community.
Raise money for Friends of SF Animal Care and Control.
Enjoy a great time in one of San Francisco's most beautiful yet underutilized parks.
$25. in advance/$30. on the day of the event which includes registration for one dog and its human family members as well as one t-shirt for you and a bandana for your doggie.
Because of the number of participants, we ask that you keep your dog on leash during the walk.
Register: milliondogmarchsf.org

SPUR - Transforming a Freeway into a Boulevard
When: June 6, 2013 - Thursday
12:30 p.m.
Where: SPUR Urban Center, 654 Mission Street, San Francisco
What: What if Highway 280 were taken down and replaced with a surface boulevard?  What if the 4th and King railyards could be redeveloped?  Come hear some bold ideas for transforming major infrastructure near Mission Bay:
Gillian Gillett - San Francisco Mayor's Office
Jacinta McCann/AECOM
Sarah Karlinsky/SPUR
Greg Riessen/San Francisco Planning Department
$10. non-members
Information: spur.org 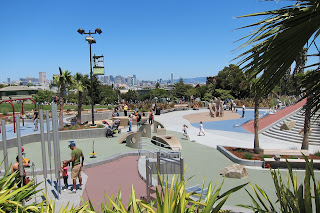 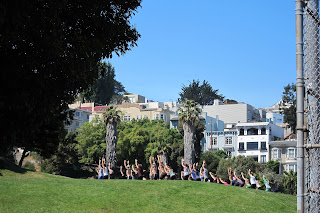 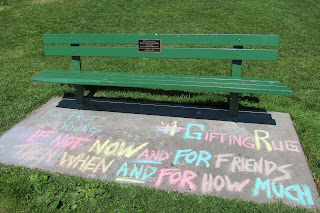 Entertainment Commission 2013 Industry Summit
When: May 20, 2013 -  Monday
1:00 p.m. to 4:00 p.m.
Where: San Francisco Public Library, Main Library, 100 Larkin Street, San Francisco
What: 2013 Entertainment Summit.
The Entertainment Commission, The Mayor, The Board of Supervisors, California State officials, along with SFPD Command staff and others in the City Family, will present a variety of topics important to nightlife operators and then use small breakout sessions to brainstorm on new issues and needs.  The goal of the Summit is to communicate that nighttime businesses are a priority, and to generate concrete outcomes that can translate into appropriate legislation on policy statements from the Mayor and the City.
Come to meet, exchange ideas and explore opportunities for collaborations to foster vibrant  and safe night life in San Francisco.  The Summit is for owners and operators, promoters, security companies, artists and anyone interested in the topic.
Information: Jocelyn Kane - 415-554-5793
Source: facebook 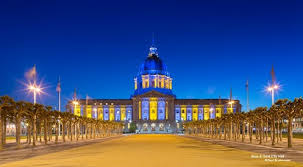 *Revision - address for Visitacion Valley/Schlage Lock Project has been changed.  See below - Saturday, May 18th.

Castro Street Design - Open House
When: May 14, 2013 - Tuesday
7:00 p.m. to 9:00 p.m.
Where: Market and Noe Center, 2278 Market Street, San Francisco
What: Castro Street Design.  Final conceptual design for Castro Street Design  will be  unveiled.
City staff will be on hand to answer questions and listen to your thoughts on the conceptual design.
Event is co-sponsored by the Castro/Upper Market Community Benefits District, the Merchants of Upper Market and Castro and the Castro/Eureka Valley Neighborhood Association
Information: Nick Perry  - San Francisco Planing Department nicholas.perry@sfgov.org

Life and Legacy of Harvey Milk Community Conversation
When: May 15, 2013 - Wednesday
7:00 p.m. to 9:00 p.m.
Where: Castro Theater, 429 Castro Street, San Francisco
What: Facing History and Ourselves.    Community Conversation.
Explore the life and legacy of Harvey Milk.  Free event is presented by Facing History and Ourselves and The Allstate Foundation, in partnership with the San Francisco Gay Men's Chorus and Harvey Milk 2013:  Living the Legacy.  The evening will feature a panel with individuals who knew Harvey Milk  and who went on to live his legacy through their remarkable lives.  Facing History high school students will discuss how Milk's legacy continues to shape our future.  The San Francisco Gay Men's Chorus will bookend the evening with a preview of original songs about Harvey Milk.
Panelists include:
Anne Kronenberg - co-founder of the Harvey Milk Foundation
Cleve Jones - an American AIDS and LGBT rights activists who conceived of the NAMES Project AIDS Memorial Quilt.
Daniel Nicoletta - American  Photographer,  photo journalist and gay rights activist.
Event is free and open to the public.  Seating is limited.  RSVP's are required.  Karen Foster karen_foster@facing.org or call 510-786-2500 x 226

Quest for Peace and Justice: Mothers, Youth
When: May 16, 2013 - Thursday
6:00 p.m. to 8:00 p.m.
Where: City College of Mission Campus, Margaret Cruz Room 108,  1125 Valencia Street, San Francisco
What: As we celebrate Mother' Day it is a bittersweet time since  some mothers  have lost one or more of their children to senseless violence.  Progressive Women Rising is hosting a panel discussion focusing on their tragic occurrence and what we can do to obtain justice for those lost and strategies to prevent future violence.
Panelists:
Alexandra Berliner - Youth
Paulette Brown - The Healing Circle
Elsa Casillas - The Healing Circle
Dr. Monique Lesarre
Mattie Scott-Healing - 4 Our Families and Our Nation
Panel moderated by Christina Olague.  Donations welcome.
Information: SFPWR.2013@gmail.com

Visitacion Valley/Schlage Lock Community Meeting
When: May 18, 2013 - Saturday
12:30 to 2:30 p.m.
Where:* (location change)  new location: Visitacion Valley Public Library Community Room, 201 Leland Avenue, San Francisco (moved from Visitacion Valley Community Center, 66 Raymond Ave., San Francisco)
What: Join the San Francisco Planning Department and the Office of Economic and Workforce Development in cooperation with Universal Paragon Corporation for a third community workshop on Schlage Lock site.   This  workshop they will bring together all the  physical changes discussed at the previous workshops, to finalize revisions to the Schlage site plan.    Lunch and Cantonese translation will be provided.
Information: Claudia Flores - Claudia-Flores@sfgov.org visvalley.sfplanning.org