Support Our Teachers Labor Rally
When:  April 27, 2015 - Monday
4:30 p.m. to 5:30 p.m.
Where: 1 Peter Yorke Way, San Francisco
What:  Support Our Teachers Labor Rally.  - Hosted by Concerned Parents and Students:  Teach Acceptance.  Teachers from Sierra, Marin Catholic, Archbishop Riordan and Sacred   Cathedral High Schools will lead a rally to call for Archbishop Cordileone to step back from his proposed changes to the Collective Bargaining Agreement and the Faculty Handbook.
This event will be led by teachers from the four high schools who are under duress, in a show of their resolved and unity.
Parents, students and friends will surround the teachers along with representatives of the California Labor movement.
Information: teachacceptance.org
Source:  Facebook event

Dolores Park Action Plan Meet Up - One of Two meetings on Tuesday
When:  April 28, 2015 - Tuesday
1:30 p.m. to 3:00 p.m.
Where:  18 Reasons, 3674 18th Street San Francisco
What:  Recreation and Parks Department will host two "Dolores Park Action Plan meet ups/community outreach/training/status report/opportunity to participate/all around What's Up with the New Park? events".
Hear statuses of the new park and a target opening date.  Hear information about department's plan to manage and maintain the new park.
Source:  doloresparkworks.org

Young Workers United:  May Day Celebration
When:  May 1, 2015 - Friday
6:00 p.m. to 9:00 p.m.
Where:  Virgil's Sea Room, 3152 Mission Street, San Francisco
What:  Join Young Workers United for a celebration of working people's global victories, struggles and power.  A lot to be excited about including the San Francisco minimum wage increase to $15. an hour.
Donation: $5.- $20. sliding scale tinyurl.com/mdbjpos
Source:  Facebook event

11th Annual Asian Heritage Awards Celebration and Reception
When:  May 4, 2015 - Monday
5:30 p.m. Check in
6:00 p.m.  Awards Ceremony
Where:  City Hall, San Francisco
What:  In celebration of Asian Pacific American Heritage Month, the Asian Pacific American Heritage Foundation  is presenting three individuals who creativity in design has had significant impact in his or her field, the community as well as society.
Reception immediately following ceremony.
RSVP:  Admission is free but please RSVP apasf.org 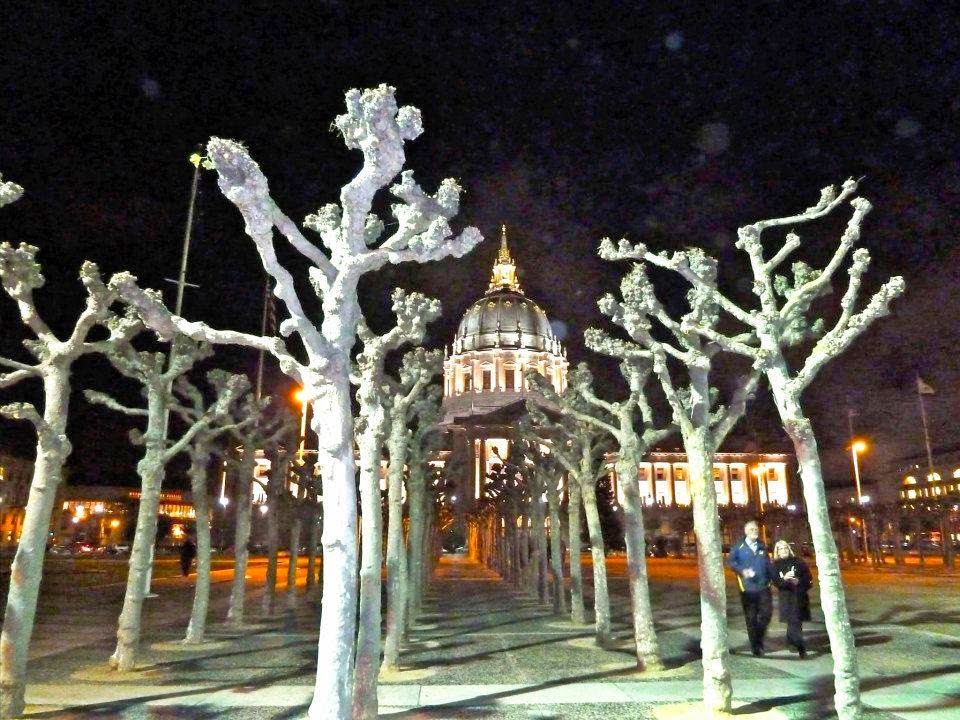 Public Safety  Downhill l - Supervisor John Avalos and Captain Joe McFadden
When:  April 21, 2015 - Tuesday
7:00 p.m. to 9:00 p.m.
Where:  Crocker Amazon Clubhouse, 799 Moscow, San Francisco
What: Supervisor John Avalos and Captain McFadden invite you to a community meeting and conversation about safety concerns in District 11.  There will be an update on the recent homicides in Crocker Amazon park, as well as information on what actions various City agencies are taking around public safety in the district.  This is an opportunity for members of the public to voice their concerns and work collectively with City agencies on improvements.
Information: frances.hsieh@sfgov.org

Harvey Milk LGBT Democratic Club April General Membership meeting
When:  April 21, 2015 - Tuesday
7:00 p.m. to 9:00 p.m.
Where:  The Women's Building, 3543 18th Street, San Francisco
What:  Scoop on upcoming actions and learn about pressing issues in the community including an update from former Supervisor Christina Olague about Calle 24 and Latinos in the Mission.
Information:  info@milkclub.org

Shut Down City Hall for Black Lives Matter
When:  April 14, 2015 - Tuesday
Noon to 2:00 p.m.
Where:  City Hall, 1 Dr. Carlton B. Goodett, San Francisco
What:  April 14, 2015 is A Nation Day of Action.  We all walk out.  No work.  No school.  Fight to end systemic racism and discrimination, police brutality and economic disparities.
Information: yearofresistance.com
Source: Facebook event.

Harvey Milk LGBT Democratic Club - PAC Meeting
When:  April 14, 2015 - Tuesday
7:00 p.m. to 9:00 p.m.
Where: LGBT Center, 1800 Market Street, San Francisco
What:  April PAC meeting.  Panel discussion on #Vote16SF, the youth-led initiative to lower San Francisco's voting age for municipal and school board elections.  Hear from a range of stakeholders about the initiative's inception, risk and rewards, implementation concerns and community feedback.
Executive Director Gwendolyn Westbrook of The United Council for Human Services will be talking about how there still isn't a single shelter bed in the Bayview and other problems facing the homeless and the hunger in D10 and how the Harvey Milk LGBT Democratic Club can help.
Tim Hester will be speaking with an overview of Supervisor Scott Weiner's proposed ballot measure reform.
Information:  milkclub.org

Fight for 15 - San Francisco
When:  April 15, 2015 - Wednesday
6:00 a.m.
Where:  24th Street Mission, 2800 Mission Street, San Francisco
What:  SEIU Local 1021 - Communities are standing up with workers from fast food, childcare, home health care, security, and across our low-wage economy to declare that April 15 will be a turning point.  A movement for economic and racial justice, too big, loud, and powerful to ignore.
Fighting for a $15. an hour and union rights.
Information: seiu1021.org

We Are All City College:  Save LGBT, Senior, and Veterans Programs
When:  April 16, 2015 - Thursday
2:00 p.m. to 4:00 p.m.
Where:  Harvey Milk Recreational Center, 50 Scott Street, San Francisco
What:  The LGBT Community needs City College of San Francisco. Join former CA Assembly Representative Tom Ammiano, CCSF student Glendon Anna Conda Hyde and a representative from CCSF's LGBT Program to see how we can preserve the LGBT Program and Diversity Studies at Our City College as well as classes for Seniors and Vets Programs.
Sponsored by the Howard Grayson LGBT Elder Life Conference
Source:  Facebook

Eviction-Free Zone Community Launch - San Francisco ACCE
When:  April 16, 2015 - Thursday
4:00 p.m.
Where:  24th and Bryant, San Francisco
What:  Take back our neighborhood!  No one gets pushed out! Come out for the kick-off event to the Eviction Free Zone in the heart of the Mission.
A press conference, then marching to two buildings where at-risk long-term tenants are fighting to get their buildings bought by community non-profits to make them permanently affordable.  Will be going door-to-door and business to business to do outreach in the neighborhood.
Information: sfacce@calorganize.org