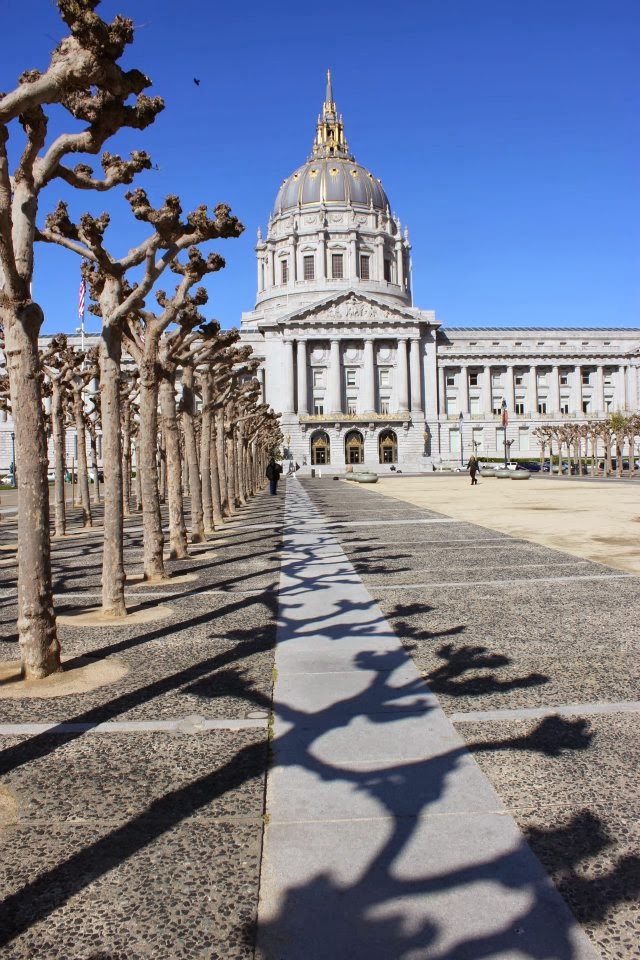 San Francisco Labor Council - Defend public postal services
When: January 28, 2014 - Tuesday
10:00 a.m.
Where: 1700 Van Ness, San Francisco
What: We have a right to full-service, public Post Offices that are accountable to the People.  Postal services should be provided by uniformed USPS employees, trained to safeguard the mail.  We demand that USPS assign postal employees to perform the postal work at Staples stores.  Until USPS employees staff postal operation in Staples stores we call upon citizens to let Staples know that you will take your business elsewhere.
Information: sflc@sflaborcouncil.org Rich Shelley 443-980-5586

California Statewide Hearing on Voting: State of the Vote in California
When: January 30, 2014 - Thursday
9:00 a.m. to 4:00 p.m.
Where: Louis B. Mayer Room, UC Hastings College of the Law, 198 McAllister Street, San Francisco
What: The National Commission on Voting Rights is hosting hearings about the current landscape of elections. There will be three formal panels of witnesses representing voting rights organizations, community leaders, election officials.
RSVP and tickets: CAHearing.lawyerscommittee.org

Rally on Olympics Opening Day
When: February 8, 2014 - Saturday
11:00 a.m. to 1:00 p.m.
Where: UN Plaza, 7th and Market Street, San Francisco
What: Rally on Olympics Opening Day to protest repression against LGBTQ Community and others in Russia.  Rally demanding queer and civil rights in Russia and in solidarity with targets of escalating fascism on the opening day of the 2014 Olympics in Sochi, Russia.
Sponsored by Ad Hoc February 8 Committee
Information: maketheworldbetterSF@gmail.com 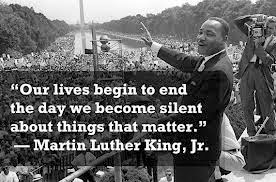 San Francisco Bicycle Coalition - Vision Zero Rally
When: January 21, 2014 - Tuesday
Noon
Where: City Hall, 1 Dr. Carlton B. Goodlett, San Francisco
What: Vision Zero Rally Join a wide coalition of community groups on the steps of City Hall and tell City leaders to commit to eliminating traffic deaths and serious injuries over the next 10 years.
Quickly fix dangerous locations, focused on the Tenderloin and SoMa.
Ensure full, fair and prioritized enforcement by the SFPD.
Invest in training and education programs for professional drivers
After the rally, speak up at the SFMTA Board meeting (City Hall, Room 400, San Francisco)
call on Agency to fix our streets.
Information: sfbike.org

Hilltop Park Community Workshop
When: January 23, 2014 - Wednesday
6:00 p.m. to 8:00 p.m.
Where: Bayview  Adult  Day Health Center, 1250 La Salle Avenue, San Francisco
What: Hilltop Park Community Workshop.  Kick-off  meeting to learn about the project and how you can be involved in this community park.  All ages are welcome, and refreshments will be served.
Information: Karen Mauney-Brodek karen.mauney-brodek@sfgov.org

South of Market Tenderloin Tenant  Convention
When: January 25, 2014 - Saturday
1:00 p.m. to 4:00 p.m.
Where: Bayanihan Community Center, 1010 Mission Street, San Francisco
What: South of Market Tenderloin Tenant Convention.  Come and join tenants in the South of Market and Tenderloin to bring forth ideas in fighting evictions and defending our neighborhoods.  Ideas and strategies from this neighborhood convention will be brought forth and presented at the Citywide Tenants Convention in February.    Refreshments and childcare will be provided.
Information:  bishop.vetsequitycenter.org

Helping Christina Olague
When: January 26, 2014 - Sunday
3:00 p.m.
Where: The Edge, 4149 18th Street, San Francisco
What: Glendon Anna Hyde and Gabriel Haaland invite you to a fundraiser for Christina  Olague  who recently lost her home to a fire. 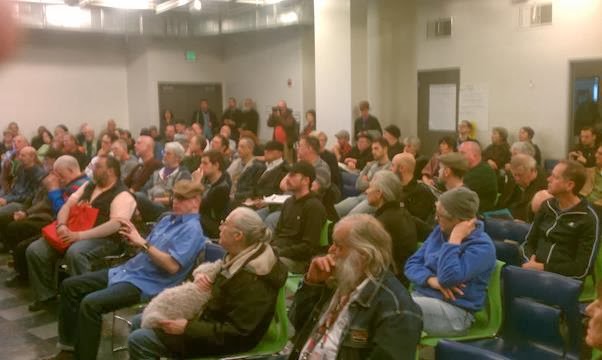 I am in the front row with my poodle  Chloe.  Picture from Tim Redmond's Blog 48Hillsonline.org

The SF Anti-Displacement Coalition presents a series of
NEIGHBORHOOD TENANT CONVENTIONS
Following successful conventions in the Mission and Chinatown, we will be hosting the following in

Supervisor Katy Tang - Workshop for Tenants and Landlords
When: January 15, 2014 - Wednesday
6:45 p.m. to 8:30 p.m.
Where: A.P. Gianni Middle School, 3151 Ortega Street @ 39th Avenue, San Francisco
What:  Workshop for tenants and landlords.  Whether you are a tenant wanted to learn more about your rights and obligations or a landlord that wants to learn more about your rights and responsibilities, come to this workshop and have your questions answered by experts from the San Francisco Rent Board, the San Francisco Apartment Association and other community organizations.
Information: katy.tang@sfgov.org 415-554-7460

Richmond/Haight Tenants Convention
When: January 18, 2014 - Saturday
1:00 p.m to 4:00 p.m.
Where: San Francisco Public Library Park Branch, 1833 Page Street, San Francisco
What: Richmond/Haight Tenants Convention.  A gathering of tenants from D1 and D5 areas to come up with strategies for fighting the evictions in our neighborhoods and defense those who are being evicted, for stopping  the gentrification and displacement of so many people.  Educate tenants about their rights and how they can fight when threatened with an eviction.  Participants in  the convention will also come up with suggestions for a ballot initiative next  November.  Suggestions that will be presented to a citywide tenants convention on February 8th.
Other neighborhoods including the Mission, Chinatown and Tenderloin/SOMA are also holding or have held conventions and will be making recommendations to the citywide convention.  Free and open to tenants.
Sponsored by the SF Tenants Union
Information: becca@sftu.org
Source: Facebook

Helping Christina Olague
When: January 26, 2014 - Sunday
3:00 p.m.
Where: The Edge, 4149 18th Street, San Francisco
What: Glendon Anna Hyde and Gabriel Haaland invite you to a fundraiser for Christina  Olague  who recently lost her home to a fire.