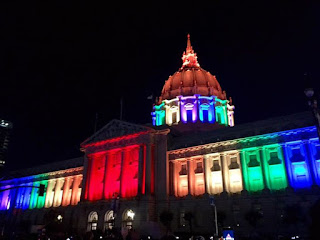 Sunnyside Neighborhood Association - Balboa Reservoir Special Meeting
When:  June 29, 2015 - Monday
7:00 p.m. to 8:30 p.m.
Where:  St. Finn Barr Auditorium, 415 Edna Street, San Francisco
What:  Meet with the San Francisco Planning Department and the Office of the Mayor to discuss the proposed development of Balboa Reservoir.  Have influence over what is developed on the reservoir.
Sponsored by the Sunnyside Neighborhood Association
Information:  brc.sna@gmail.com

District 5 Democratic Club - Great News and a Party!
When:  June 30, 2015 - Tuesday
6:00 p.m. to 8:00 p.m.
Where:  Club Waziema, 543 Divisadero, San Francisco
What:  Celebrate being chartered by the San Francisco Democratic Party - membership drive,
First drink is on the Club for all dues-paying members.
Information/Join:  d5ddems.org

San Francisco for Democracy
When:  January 22, 2015 - Monday
7:00 p.m. to 9:00 p.m.
Where:  Mission Police Station, 630 Valencia Street, San Francisco
What:  Daily Kos blogger Paul Hogarth  and Charlie Herman of Fight for the Future will be  answering questions about TPP.
Presentation on election integrity problems and solutions, some MUNI issues, and a discussion of local political matters, with an emphasis on things that will likely show up on the November ballot.
Annual officer elections.
Information:  sf4democracy.org

GLIDE Community Gathers for a Vigil Honoring Victims of the Nation's Latest Hate Crime
When:  June 23, 2015 - Tuesday
6:00 p.m. to 7:30 p.m.
Where:  Glide Memorial Church, 330 Ellis Street, San Francisco
What:  Have you ever wondered how you can participate in the fight for racial justice?  If so, this could be your great beginning.  We have the opportunity to do something right now.  If you've ever wondered how you can be involved in the latest civil rights movement, join GLIDE in the Sanctuary on Tuesday.
Information:  glide.org
Source:  Facebook events

San Francisco Transit Riders Union - 22 & Beyond:  Muni Challenge Closing Celebration
When:  June 24, 2015 - Wednesday
6:00 p.m. to 9:00 p.m.
Where:  Mr. Smith's, 34 7th Street, San Francisco
What:  End of the 22-Day Muni Challenge, but it's just the beginning of a new relationship with public transit for some city officials and even everyday riders.  Let's celebrate:
Awards will be given for:
Most rides in 22-Day Period
Most days ridden
Most distance travelled
Best picture
Best interaction with a passenger
Best observation
Best plan of action
Best Tweet (city official)
Best Tweet (citizen)
Crankiest Tweeter
Honorable Mentions
There will be drinks, snack and a big old raffle.
Information:  sftransitriders.org

District 3 Democratic Club - Monthly meeting
When:  June 24, 2015 - Wednesday
6:00 p.m.
Where:  Italian Athletic Club, 1630 Stockton Street, San Francisco
What:  Among the items to be discussed:
Rules for voting as a club member
Process for D3DC endorsement voting
Ballot initiatives for 2015
Candidate's races in San Francisco
Need to attend 3 qualifying meetings to be able to vote on July 29th.
Information:  d3dc@hotmail.com d3dc.net

The Pink Party in the Castro
When:  June 27, 2015 - Saturday
4:30  p.m.  to 7:30 p.m.
Where:  Castro and Market Street, San Francisco
What:  Fabulous, queer and community-focused street party to raise money for local, LGBT non-profit organizations.
Free but would love to see everyone donate at least $10. at the gate.  Entertainment.
Source:  sf.funcheap.com

My computer is being replaced and I cannot make corrections therefore I have deleted this posting.
As soon as I can I will  post a new calendar.
Sorry for the hassle.

Linda
Posted by Unknown at 5:44 PM No comments: 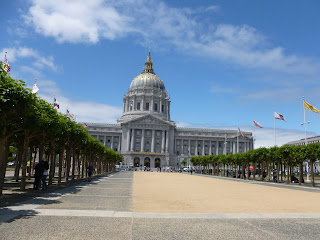