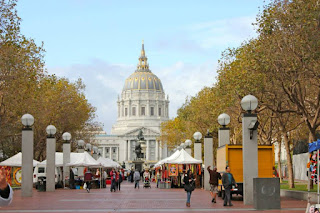 FDR Democratic Club - General Membership meeting - District Attorney George Gascon
When:  September 2, 2015 - Wednesday
6:30 p.m. to 8:00 p.m.
Where:  Richmond Police Station, 461 6th Avenue, San Francisco
What: FDR Democratic Club's endorsed District Attorney George Gascon for District Attorney.
Come and hear directly from  George Gascon about what he has been working on over the past four years and how it impacts the lives of seniors and people with disabilities.  Everyone attending will have an opportunity to ask the DA questions on issues of importance to our community.
Information:   fdrdems@gmail.com fdrdemclub.com

*Progress Democratic Club - Endorsement meeting
When:  September 5, 2015 - Sunday
10:00 a.m. to Noon
Where:  SHARP Meeting  space, 1736 9th Avenue, San Francisco
What:  Progress Democratic Club - Endorsement Meeting
The candidates for Sheriff, District 3, City College, as well as advocates and opponents of Proposition I, F, D, E and C will be at separate tables having conversations with neighbors and friends.  After 4 minutes, everyone will rotate, giving all attendees a chance to mingle with the candidates and learn more about the issues.
The board of the Progress Democratic Club will vote and issue a package of recommendations to the membership.  The membership can either accept the recommendation package or reject the recommendation package and vote for an alternative.
Information:  SanFranciscoProgress@gmail.com 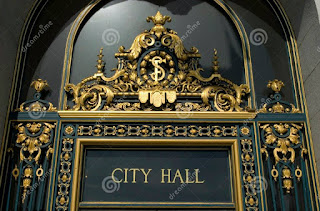 No Monsters in the Mission - Yes on I
When:  August 24, 2015 - Monday
Noon
Where:  16th Street and Mission Plaza, (Southwest corner) San Francisco
What:  Rally and press conference:
Affordable housing at 16th Street and Mission
Yes on Prop I
No Beast on Bryant Street
Hosted by Plaza 16 Coalition/La Plaza 16 Coalicion's
Information:  plaza16.org
Source:  Facebook events

Join Congresswoman Nancy Pelosi to Honor the Voting Rights Act and Women's Equality Day
When:  August 26, 2015 - Wednesday
9:30 a.m. to 11:00 p.m.
Where:  City Hall, Outside Basement Room 48 (Department of Elections), 1 Dr. Carlton B. Goodlett Place, San Francisco
What:  95 years after women fought and won the right to vote and 50 years after the March from Selma to the ballot box you are invited for a gathering honoring the Voting Rights Act and Women's Equality Day with Congressmember Nancy Pelosi.  With Secretary of State Alex Padilla and Mayor  Ed Lee
Fighting for the right of all Americans to participate in our democracy.
Information:  Kia Kolderup-Lane kia.kolderup-lan@mail.house.gov
Source:  eventbrite.com/e/join-congresswoman-nancy-pelosi-to-honor-the-voting-rights-act-and-womens-equality-day-tickets-18044426365?aff-efbnreg

San Francisco Parks Alliance  - Community meeting:  India Basin Waterfront Parks and Trails
When:  August 27, 2015 - Thursday
2:30 p.m. to 5:30 p.m.
Where:  Our Lady of Lourdes, 410 Hawes Street, San Francisco
What:  You are invited to a upcoming task force meeting regarding upcoming planning for the new addition to the India Basin shoreline - 900 Innes.  Learn more and share your ideas.
Information:    Jacquelyn Omotalade jackie@sfparksalliance.org

League of Pissed Off Voters Endorsement meeting
When:  August 29, 2015 - Saturday
1:00 p.m. to 4:00 p.m.
Where:  Thee Parkside, 1600 17th Street, San Francisco
What:  Will be discussing the different candidates and propositions for this November election.
Information:  theleaguesf@gmail.com
Source:  Facebook event 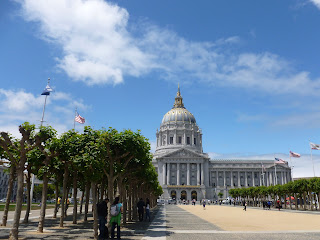 San Francisco Tenants Union - Celebrate Ted Gullicksen's Birthday
When:  August 20, 2015 - Thursday
6:00 p.m. to 8:00 p.m.
Where:  Uptown, 200 Capp Street, San Francisco
What:  Come celebrate Ted Gullicksen's Birthday.  Share stories with friends and colleagues.
Share election campaign stories as  San Francisco Tenants Union begins  yet another campaign season this time for Airbnb Regulation, a moratorium on luxury housing in the Mission, and the election of tenant-advocate Aaron Peskin back to the Board of Supervisors.
Information/Donation : sftu.org

Hayes Valley Neighborhood Association - Public Safety Meeting
When:  August 3, 2015 - Monday
7:00 p.m.
Where:  Korean American Center, 745 Buchanan, San Francisco
What:  Car Thefts and Car break-ins.  Discussion on how to prevent these crimes, what to do when they happen and who to call, and what not to do.
Information:  Robert Barnwell bbarnwell6@hotmail.com

August 4th I-Hotel Eviction Commemoration
When:  August 4, 2015 - Tuesday
6:00 p.m. to 8:00 p.m.
Where:  Manilatown Heritage Foundation, 868 Kearny Street, San Francisco
What:  Commemorating the 38th Anniversary of the I-Hotel Eviction.  This commemoration will honor the tenants, families, seniors and individuals who struggled and are still struggling because of the evictions.
Hosted by Manilatown Heritage Foundation
Information:  manilatown-heritage-foundation.org
Source:  Facebook events

Potrero Hill Democratic Club - Candidates Forum
When:  August 4, 2015 - Tuesday
7:00 p.m.
Where:  953 De Haro Street, San Francisco
What:  Community College Board candidates forum. Will include  five of the six candidates running for one open seat.
Sheriff candidate debate will include incumbent Ross Mirkarimi and challengers Vicki Hennessy and John Robinson.
Each candidate event will be moderated by a member of PHDC's Executive Committee, and will allow time for the audience to engage the candidates in Q&A.  Members in good standing will vote on endorsements at the end of the meeting.
Information:  phdemclub.org