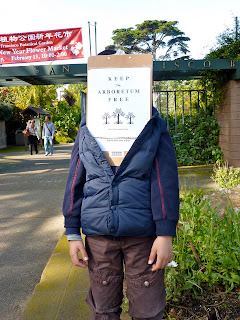 40 Days to Finish Health Reform - San Francisco Rally
When: February 17, 2010 - Wednesday
5 p.m. to 6 p.m.
Where: Justin Herman Plaza, San Francisco
What: Kicking off a 40 day campaign to finish reform and finish it right! We must show that we demand quality and affordable health care for all! Hosted by Health Access California

Noe Valley Democratic Club - Phil Ting and Leo Levenson
When: February 17, 2010 - Wednesday
7:30 p.m.
Where: St Philips Church, 725 Diamond, San Francisco
What: Phil Ting - City Assessor and Recorder and Leo Levenson, Director of the Department of the Budget of San Francisco will discuss the financial challenges facing the City in the next year.
Information: molly@ffrsf.com

Human Rights Commission Meeting - Bayview
When: February 18, 2010 - Thursday
6 p.m. to 7:30 p.m.
Where: South East Community Facility, Alex L. Pitcher Room, 1800 Oakdale Avenue, San Francisco
What: Regularly scheduled Humman Rights Commission meeting will be held in the Bayview. Learn about the programs and services that the HRC provides, and to address the HRC's commissioners on any items or concerns you may have regarding the HRCs programs and services.
Information: RSVP Janel Wong Janel.Wong@sfgov.org

"With Liberty and Justice for All...
When: February 18, 2010 - Thursday
7 p.m. to 8:30 p.m.
Where: Mission Dolores Basilica, Dolores Street and 16th Street, San Francisco
What: A community call for Comprehensive Immigration Reform. Join faith and community organizations from all over the Bay Area as they tell their stories and call on federal officials to pass Comprehensive Immigration Refrom.
Information: 415-821-5000

Please note I am having major problems with Blogger today - if the problems continue contact me at sfpostnotes@gmail.com and I will advise you of any changes.

Please email any items or comments to sfpostnotes@gmail.com
Posted by Unknown at 8:27 AM