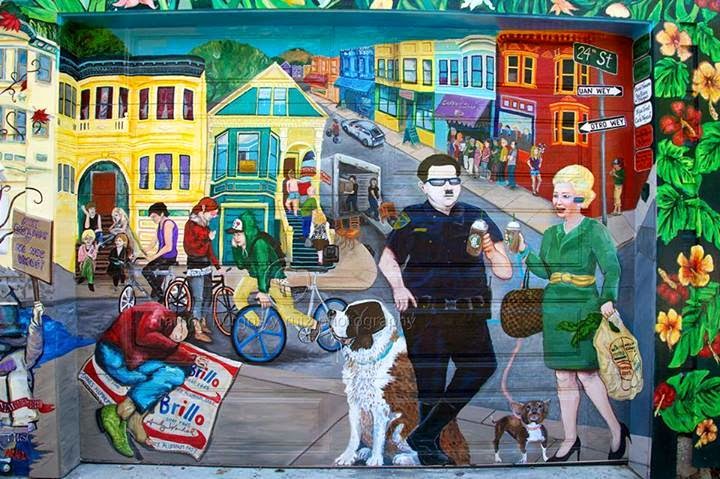 Moms for Shamann
When:  September 30, 2014 - Monday
6:00 p.m.
Where:  Address provided upon RSVP
What:  Moms for Shamann.  Join hosts Leah Pimentel, Kelsey Crowe and Heather Carroll-Fisher for a kid-friendly, fun-filled candidate  Meet and Greet and campaign fundraiser to support Shamann Walton who is running for school board.
Donation: waltonforschoolboard.com
Information: Esete@50p1.com

Grand Opening of the New St. Anthony's
When:  October 4, 2014 - Saturday
9:30 a.m. to 1:00 p.m.
Where:  121 Golden Gate Avenue, San Francisco
What:  Celebrate St. Anthony's 64th anniversary and the Grand Opening of the New St. Anthony's.  Explore the space of the new Dining Room and the future locations of the Social Work Center and Free  Clothing Program.
Share in this significant and joyful celebration and reconnect to the heart of the city.
Information: stanthonyssf.org/grandopening..

Juan-Antonio Carballo - Meet and Greet
When:  October 4, 2014 - Saturday
4:00 p.m. to 6:00 p.m.
Where:  Lafayette Park Playground, Gough and Washington, South Tables, San  Francisco
What: Meet and Greet for Juan-Antonio Carballo - Candidate for Supervisor in District 2.
Please come by for an informal and personal meet-and-greet forum with the candidate and his family.  He will be available to discuss key issues, a vision for the District and the City.  Snacks and soft drinks on hand.
Information:  carballo2014.com

*San Francisco Young Democrats
When:  October 8, 2014 - Wednesday
6:30 p.m. to 8:00 p.m.
Where:  The Women's Building, 3543 18th Street, Suite 7, San Francisco
What:  General Meeting - Agenda:
Peter Acworth, CEO of Kink. com will present on "The politics of the port industry"
Assembly Member Phil Ting will give his annual legislative year in review"
Assessor-Recorder Carmen Chu will speak and do Q&A
Supervisor David Campos will talk about his race for the Assembly District 17.
Information:  sfyd.org

San Francisco Transit Riders Union/ Bay Guardian - Bridging the Gaps in Transit and Housing Funding
When:  October 9, 2014 - Thursday
6:00 p.m. to 8:00 p.m.
Where:  San Francisco LGBT Center, 1800 Market Street, San Francisco
What:  Join Bay Guardian and SF Transit Riders community forum. Bridging the Gaps in Transit and Housing Funding -   San Francisco needs more affordable housing, a robust public transit system, and fully funded social services if it is to remain an efficient, diverse, compassionate city.  Unfortunately, some political  leaders  have pitted transportation and housing activists against one another in  recent  years, particularly so in the upcoming election on Prop. A, B, K and L.
Forum will provide some background for you on how public transportation service and facilities are paid for, and then they will examine how the conflict happened, the political tactics that are being employed, and what can be done to bridge the gap along with a panel of activists and  experts.
Tickets:  sftru.nationbuilder.com
Information: sftru.org