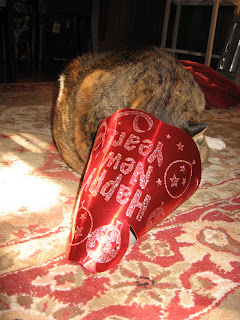 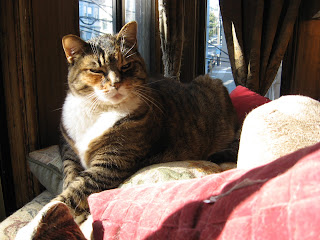 Finally, back to reality. I am not complaining about the down time - it's just that we have so much to do......

Meltdown: The Implosion of the American Economy, Why the Bubble Burst"
When: January 2, 2009
7:30 p.m. to 9 p.m.
Where: ILWU Local 34 headquarters, 4 Berry Street (near AT&T Park) on site parking
What: Dean Baker, one of America's leading progressive economists will give talk about the economy. Co-sponsored by San Francisco Labor Council, Health Care for All-CA and Single Payer Now. $10. to $20. donation requested.
RSVP: ProgressivePersp@aol.com
Source: San Francisco for Democracy sfdem.com

San Francisco Board of Supervisors Meeting
When: January 6, 2009 - Tuesday
2 p.m.
What: Board of Supervisors has been in recess since December 17, 2008. This will be President of the Board - Aaron Peskin and Jake McGoldrick's last day as Supervisor after eight years
Information: www.sfgov.org/bos_meetings


Health Commission "Beilenson Hearing"
When: January 6, 2009 - Tuesday
4 p.m.
Where: Room 300, 101 Grove Street at Polk (next to City Hall
What: State law requires a Beilenson Hearing before county Supervisors when health cuts to indigents are proposed, San Francisco is holding their meeting in front of the Health Commission instead. Come protest cuts.
Information: graypantherssf.igc.org/calendar.htm

San Francisco For Democracy - Health! I Need Some Answers!
When: January 7, 2009 - Wednesday
7 to 9 p.m.
Where: Schroeder's German Restaurant, 240 Front Street, San Francisco
What: Discussion of paths for reforming the way health care is insured and administered in America. Don Bechler of Single Payer Now and Michael Lighty, Director of Public Policy for the California Nurses Association will speak. A representative from Assemblyman Leland Yee's office will discuss fiscal health and the current conditions of California state government's fiscal crisis. Bob Gordon from California LGBT Tobacco Education Partnership will speak about this organization's efforts to get anti-tobacco industry legislation passed in San Francisco.
Information: sf4dem.com

The Honorable James McBride , Presiding Judge, San Francisco Superior Court will administer the oath of office to the following Supervisors where were elected or re-elected:


The Inaugural Meeting will be cablecast on SF Cable 26 and video streamed on www.sfgov.org.

Seating in the Chamber is limited and will be first come, first served. Overflow seating will be available in the North Light Court on the first floor of City Hall.

Who can participate:
a. A Democrat residing in and registered to vote in the Assembly District by October 20, 2008 deadline, unless the Democrat turned 18 or was naturalized after deadline.
b. $5. fee to defray costs of the ADEM .
Voters are not required to stay for the entire election meeting. Complete the sign in sheet by closing of registration.
Voting is done by secret ballot.

Information: At the convention in April there will be election of the State Chair of the California Democratic Party currently held by Art Torres for the last 11 years.

The following candidates are running for State Chair:

SPUR - A one-year update from Planning Director, John Rahaim
When: January 13, 2009 - Tuesday
12:30
Where: SPUR, 312 Sutter Street, 5th Floor San Francisco
What: John Rahaim will talk about the successful adoption of the Market Octavia Better Neighborhoods Plan and will give a preview of the Department's priorities for the coming year.
Information: www.spur.org

FixMasonic 2009 - Bike Plan
When: January 13, 2009 - Tuesday
6:30 p.m.
Where: San Francisco Day School, Golden Gate Avenue (entrance on Golden Gate) S.F.
What: Meeting on final draft EIR on SF Bike Plan. Discussion on the plan and how its two alternative designs for the street mesh with what FixMasonic asked for in the petition signed by over 600 neighbors.
Information: http:www.sfmta.com/cms/bproj/bikeplan.htm
fixmasonic.org

*Brown Bag Lunch: Transforming SF into World-Class Bike-Riding City
When: January 14, 2009 - Wednesday
Noon to 1 p.m.
Where: Department of the Environment, 11 Grove Street, San Francisco
What: Envision a city-wide bicycle network that welcomes people of all ages and backgrounds on the most sustainable, health, and cost- efficient form of transportation. Speaker: Leah Shahum, Executive Director of the San Francisco Bicycle Coalition.
Information: www.sfnpc.org

Commonwealth Club - Ron Suskind
When: January 14, 2009 Wednesday
5:30 p.m.
Where: 595 Market Street, 2nd Floor, San Francisco
What: "A New Era, The New President, and the World". Pulitzer winner Ron Suskind reveals what kind of world President-Elect Obama is inheriting and how he can re-direct the country toward success. $18 non-members
Information: commonwealthclub.org

Hearing the City - Evolution of Radio
When: January 14, 2009 - Wednesday
7:30 p.m.
Where:Counterpulse, 1310 Mission at 9th Street, San Francisco
What: From AM radio before World War II through podcasting, radio will be traced. Free.
Information: counterpulse.org

GLBT Historical Society - Polk Street In Transition
When: January 15, 2009 - Thursday
5:30 to 8:30 p.m.
Where: 657 Mission Street, Suite #300, San Francisco
What: New exhibit "Polk Street in Transition" Opening reception which will include a talk by Susan Stryker. Exhibit focuses on the history of the Polk, from the 1980's to the present.
Information: www.glbthistory.org

*Presidential Inauguration Simulcast
When: January 20, 2009 - Tuesday
Entry starts at 6 a.m.
Noon
Where: SF Civic Center Plaza, across from City Hall, San Francisco
What: NextArts is funding a huge screen and broadcast of the inauguration ceremony. NextArts asks that you bring new socks or underwear as a charitable donation (items must be new (tag still attached)
Information: mail@nextarts.org


Please email any items for the calendar to: mission2894@gmail.com

Events change. Best to check before before hand for any changes. --