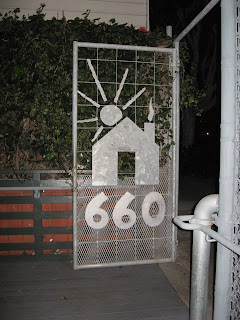 The new President thanked Tony Gantner the President of the this club for the last two years and presented him with a couple of books and wished him well on his campaign for Supervisor in District Three and wished him a Happy Birthday (yesterday).

There was a discussion regarding the club's calendar for the year including what programs people would like to hear.
People were interested in the Central Subway (not everyone is in favor of the subway - runaway costs, shorten platform, less stations, compensation for business owners and where the entrance will be. )
There was also interest in global warming and architecture and development in the area, homelessness and the election process in San Francisco including the election machines.

The schedule for the year was discussed including the Endorsement process for June. The endorsement process will start at the next Meeting - March 27th with discussion on No on 98 and Yes on 99. District Three Democratic Club has worked very hard to register Democratic Voters (thanks to Kay Burke) and they have a D3DC precinct walk distributing door hangers.

I specifically went to the meeting last night to hear Supervisor Gerardo Sandoval speak about his candidacy against Superior Court Judge Thomas Mellon. Unfortunately the Supervisor could not make the meeting.

6th Annual Celebrity Crab Festival - Union Square - Fundraiser for the San Francisco 49ers Foundation. Food, beer and wine tastings. Noon to 3 p.m. Members of the San Francisco 49ers team up with local chefs to demonstrate the art of cracking crab. The noon time demonstration will be followed by a timed crab cracking and cleaning contest. For a minimal sampling fee, local restaurants will provides tastes of crab and sample beer and wine. Music from Diego's Umbrella, family entertainment including children's booth, and raffles. Meet 49ers Gold Rush Cheerleaders and 49ers Mascot Sourdough Sam. Admission is free. Tickets for food, beer and wine tastings $5 each or 6 for $25. Information: 415-781-7880 or www. unionsquaresf.net

Lobbyist's Training - 12 noon to 1 p.m. City Hall, Room 421. This training is for lobbyists, their representatives, the Board of Supervisors, member of the media, department heads, and other interested persons and is designed to explain filing and reporting obligations required by the San Francisco Lobbyist Ordinance. Information: Kristian Ongoco 415-252-3100. Please RSVP by 2-28-08.

March 5th through the 8th - Wednesday through Saturday


Dee Dee Myers - "Why Women Should Run the World" Myers was appointed the White House press secretary for Clinton. She holds the distinction of being the first women and second-youngest person to occupy the position. Commonwealth Club 11:30 a.m. $15 non-members 595 Market Street, 2nd Floor S.F. Information: club@commonwealthclub.org

NOPA Networking -( North of Panhandle Association)
When: March 6, 2008
Thursday
6 to 8 p.m.
Where: Madrone Lounge (Divisadero at Fell).
What: Networking and fun. Joint friends and neighbors at Madrone Lounge. No cover charge. Look for for Kandace Kaylor and an area reserved for NOPNA.
Information: leela@nopna.org

The Past is Present: Six Decades of PCC Streetcar Service in San Francisco
When: March 6, 2008
Thursday
6 to 7:30 p.m.
Where: San Francisco Main Library
100 Larkin Street (at Grove). S.F.
What: Special presentation that captures the robust transit service provided by streamlined streetcars from the 1950's through the 1980's. Angelo Figone will present rarely seen images of streetcars from public and private collections. Cosponsored by the San Francisco History Center
Information: 415-557-4400

*Conference on the Criminalization of Proverty
When: 2 p.m to 5 p.m on Thursday and 9 am. to 6 p.m. on Friday
Where: Boat Hall, UC Berkeley
What: Symposium will provide a place to discuss the problems and launch an in-depth look at the impacts of this trend on poor people and the U.S. society as a whole. Co-sponsored by the Thelton E. Henderson Center for Social Justice, UC Berkeley
Information: Usree Bhattacharya at ubhattacharya@berkeley.ed or call 642-0813
Source: Tenderloin Futures Collaborative

*Alice B. Toklas LGBT Democratic Club meeting and endorsement vote
When: Monday March 10, 2008
6:30 p.m. to 8 p.m.
Where: LGBT Community Center, 1800 Market Street @ Octavia.
What: Endorsement vote for June primary. There are a number of state and local initiatives and candidates on the upcoming ballot. Alice has already endorsed Mark Leno for Senate and Tom Ammiano for Assembly.
Note: Alice's PAC will meet the day prior to the endorsement vote on the 10th to make recommendations for the general membership. For those candidates and speakers of ballot initiatives who wish to participate, please email info@alicebtoklas.org and fill out the questionnaire on the website by Wednesday, March 5th.

*United Educators San Francisco - Rally and March
When: March 11, 2008 - Tuesday
4 p.m.
Where: In front of the State Building at 4 p.m.
What: Join educators and parents across the state. Rally is a message to the Governor and the State Legislature that the educations cuts are absolutely unacceptable.
Information: 415-956-8373 www.uesf.org
Source: Left in San Francisco

San Francisco for Democracy - Meeting on national single-payer health care plan (HR 676). This meeting will offer information on HR676, the plan introduced by Rep. John Conyers:
When: March 15, 2008, Saturday
3 to 5 p.m.
Where: To be announced
Information: communications@sf4democracy.com

Rules on voting are complex. Go to www.cadem.org for latest information. Meeting open to public. Information could change:
Candidates need 70% of the votes cast to secure a place on the State Convention Consent Calendar. This is a public vote. A single roll call vote via signed written ballot, in the same form as the absentee ballot, shall be taken. If you cannot attend the conference in person, the VBM ballot in voter packet must be mailed or delivered only to the Regional Convener responsible for the district. VBM ballots which are late or are delivered to the wrong Regional Convener are not valid. Once received by the designated Regional Convener, a ballot, absentee or otherwise, may not be retracted, rescinded, or otherwise changed and shall be counted in the totals. Proxy voting is not allowed.
The names of the voters for each district will be read aloud and the conference secretary will read the vote cast in accordance with the signed vote-by-mail ballot that was received by the Regional Convener.
At the end of the roll call, the votes for each candidate and for "no endorsement" will be tallied.
Should a candidate receive the 70% of the vote, s/he will be recommended candidate for endorsement. Such recommendations will go on the Consent Calendar to be ratified at the State Convention on Sunday, March 30, 2008, at the San Jose Convention Center.
If no candidate receives the required 70%, the conference shall have taken the position of "no recommendation" for endorsement.
If one candidate received over 50% for a district, the race will go to the caucuses held during the March convention.