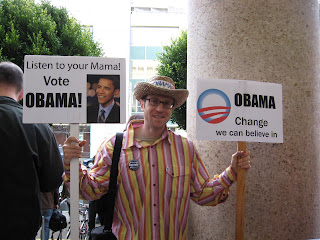 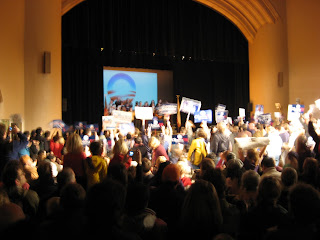 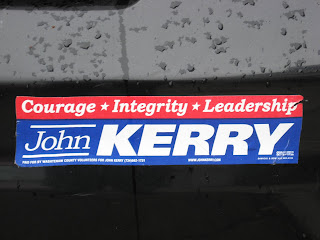 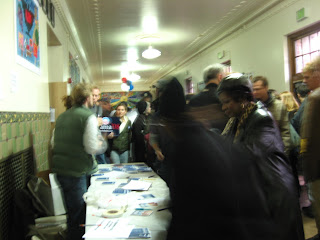 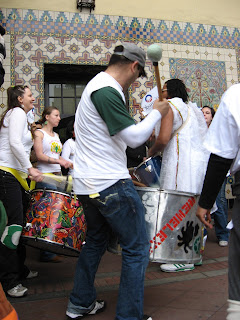 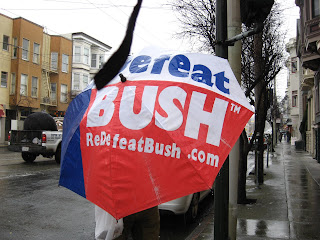 Fired Up. Ready to Go! Obama! Olea! Yes We Can! Stand for Change!
What a rally! Kamala Harris spoke first and introduced Senator Kerry . She said for supporters to tell people "why" they were supporting Barack Obama even to people who were already leaning towards Hillary (work with the momentum).

Senator Kerry had spoken to Senator Obama this morning who was in Boise, Idaho - they were expecting 3,000 people and instead 14,000 people showed up! Wow!

Kerry reminded everyone that they had to get out and work. Precinct kits were handed out with cute palm cards that said "This may be super bowl weekend but the real contest..is Tuesday, February 5th. The courage to be candid and honest even when it's politically unpopular".
Supervisor Chris Daly and Supervisor Ross Mirkarimi were in attendance along with Dave Spero. The stars of the day were the audience, so upbeat and excited and ready to be part of a movement.